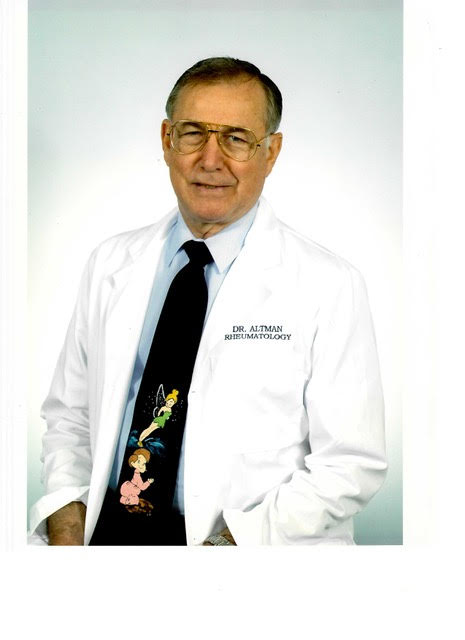 It is with deep sadness that I write this memorium to my friend and mentor, Roy Davis Altman, MD, who passed away on November 30, 2022. Roy was one of the giants in the field of osteoarthritis in the latter half of the 20th and beginning of this century. He was one of the founding members of the Board of Directors of the Osteoarthritis Research Society and the first editor of Osteoarthritis and Cartilage, the official journal of the society.

Roy joined the faculty in the Department of Medicine at the University of Miami School of Medicine after completing his fellowship training and eventually rose through the ranks to attain the position of Professor of Medicine, Chief of the Division of Rheumatology and Immunology and Director of the Rheumatology Research Unit with a secondary appointment as Professor of Orthopedic Surgery. During this time, he was Chief of the Arthritis Section and Clinical Director of the Geriatric Research, Education and Clinical Center at the Miami Veteran Affairs Medical Center. Roy retired from the University of Miami in 2003 and moved with his wife, Linda, to Aqua Dulce, California, where he continued his career as Professor of Medicine in the Division of Rheumatology and Immunology at the David Geffen School of Medicine, University of California Los Angeles, until his death.

During his academic career, Roy made major contributions to the literature in osteoarthritis as well as in Paget’s disease of bone. Roy worked on animal models of osteoarthritis to understand the biochemistry of chondrocyte metabolism and the role of biomechanics in the degradation of articular cartilage, including matrix proteoglycans and collagenases. This work served, in part, for the scientific basis for the development of early disease modifying drugs for osteoarthritis (DMOADs). He subsequently designed and conducted clinical trials of potential DMOADs in both Europe and the United States. Roy led the efforts of the American College of Rheumatology to develop classification criteria for osteoarthritis of the hand, hip and knee that have been used in the field of clinical research and clinical trials for over 30 years. He was Chair of the Osteoarthritis Research Society International Task Force on Design and Conduct of Clinical Trials in Osteoarthritis from 1994-1996, and Chairman, Standing Committee on Clinical Trials in Osteoarthritis from 1996-2005; in these roles, he led the development of recommendations for the conduct of clinical trials in osteoarthritis of the hand, hip and knee. He received numerous awards for his work in osteoarthritis including both the Clinical Science Award and Lifetime Achievement Award from the Osteoarthritis Research Society International and the Distinguished Service Award from the American College of Rheumatology; he also was elected as Master, American College of Rheumatology in 2002.

Roy worked closely with the late Charles Joel Menkes and other French colleagues to form the Osteoarthritis Research Society in 1990 and was the initial editor of the society’s journal, Osteoarthritis and Cartilage, serving until 2008. He served as President of the Society from 1994 to 1996. He attended the annual meetings of the Society in person, including the 25th annual meeting in Seattle, Washington, until recent years, when he attended virtually due to increasing difficulty traveling and the COVID pandemic.

Roy and his wife Linda traveled widely during his academic career, he was sought after as a speaker at many international and national scientific meetings. He will be remembered by his former patients as a superb and caring clinician, by his former fellows and colleagues as an excellent teacher and mentor, and a thoughtful and careful scholar in the field of osteoarthritis. He will be missed by his friends and, most of all, his loving family, including Linda and his four children, Evie, Sarah, Aaron and Ruth, and nine grandchildren.

University of Maryland School of Medicine